Employment Issues / In the News 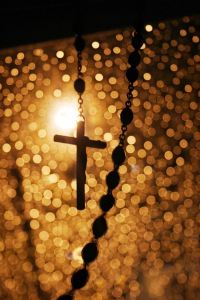 When will an employer’s interference with an employee’s right to manifest their religion and beliefs be considered proportionate? Kevin Poulter considers the issue raised by the European Court of Human Rights’ (ECtHR) judgment in Eweida v United Kingdom.

The European Court of Human Rights awarded €2,000 to an employee who had been required not to display a religious cross by her employer, an airline. It ruled the interference with the employee’s right to manifest her religion under art 9 of the European Convention on Human Rights was disproportionate despite the legitimate aim of her employer (in the form of its uniform policy). The Court dismissed a similar claim by a nurse because the hospital’s health and safety policy was a stronger justification for the interference than the airline’s uniform policy. It also dismissed claims for breaches of art 9 by a registrar who did not want to preside over civil partnerships and a relationship counsellor who disapproved of same-sex relationships; in the particular cases the legitimate aim of preventing discrimination on the ground of sexual orientation outweighed the right of the applicants to manifest their religious beliefs under art 9.

What were the key common issues raised in these four cases?

All four applicants were practising Christians claiming they had been subjected to religious discrimination by their employers. Ms Eweida (a British Airways employee) and Ms Chaplin (a geriatrics nurse) complained about the restrictions imposed by their employers on their freedom to wear Christian crosses around their necks at work. Ms Ladele (a registrar) and Mr McFarlane (a relationship counsellor) both complained they were discriminated against when dismissed for refusing to carry out some duties they considered as condoning homosexuality and conflicting with their personal religious beliefs.

What message does the ruling convey about UK equality law?

In Ms Eweida’s case, BA’s uniform policy until February 2007 required women to wear no visible jewellery. Ms Eweida began wearing her cross openly in 2006 and was sent home without pay, returning to work when the policy changed. The court held that, although BA’s aim to project a certain corporate image was legitimate, it was given too much weight against Ms Eweida’s desire to manifest her religious belief. The fact the uniform code was later amended to allow the wearing of a cross showed the earlier restriction was not of ‘crucial importance’. The balance here might depend on the strength and importance of a particular brand or image and how the employee chooses to manifest their religion.

The Strasbourg Court was careful not to criticise the British courts but recognised it had failed to adequately balance the competing rights protected by UK equality law.

What are the implications of the ECtHR ruling?

The ruling seems to have been embraced by secular groups on the understanding that religious liberties were not allowed to trump other human rights. In the workplace generally, the judgment has afforded a little more certainty for employers who may be faced with balancing certain rights against one another, but there remains a significant grey area which the domestic courts will still have some difficulty in addressing. There may be more cases to come as both employers and judges struggle with the correct, if somewhat precarious, balance of protected rights at a European and UK level.

In any event, employers should review their existing policies, particularly in relation to dress codes.

Do you agree the ruling clarifies the law, in that it helps to draw a clear boundary in cases where religious views contradict laws against discrimination?

The decision in Chaplin seems to set out quite clearly that where there is a legitimate health and safety risk, the employer is in the best position to determine and balance that risk. However, in the case of Ms Ladele, who refused to sign an amended contract to include civil partnership ceremonies as part of her duties and was dismissed for breaching her employer’s equality and diversity policy, the dissenting judges in Strasbourg made some criticism of her employer. It was suggested that ‘a combination of backstabbing by her colleagues and the blinkered political correctness of the borough of Islington (which clearly favoured “gay rights” over fundamental human rights) eventually led to her dismissal’. Although only a minority view, these will be the words an employer should take from this judgment when considering its approach to determining these issues.

The judgment highlights that each case of indirect discrimination will turn on its own facts and there is no certainty in what rights will ‘trump’ others from one organisation to the next. However, if an employer prevents an employee from manifesting their religious belief (particularly where they wish to do so discreetly) they should be sure they have an objective justification which amounts to more than only corporate image, such as genuine health and safety reasons as in the case of Chaplin. It also confirms that where employers are accused of indirect discrimination as a result of following their own policies, such claims are likely to fail if the policies were implemented to protect against discrimination of other employees or in the provision of its services to clients and customers.

On what possible grounds could the other three applicants now take their cases forward?

Of the three cases that were dismissed in Strasbourg, Ms Ladele’s claim is the one which appears most open to further challenge, with two judges dissenting from the panel of seven. The next stage will be to go to the Grand Chamber and it is reported all three will appeal, the grounds for which have not yet been qualified.

Kevin Poulter advises businesses and charities on all aspects of employment law, including discrimination and unfair dismissal. He is particularly interested in the development of social media and its impact on workplace relations and has spoken widely on this topic.