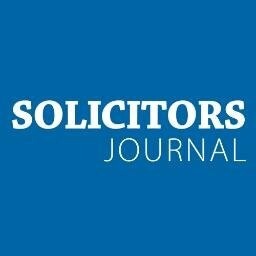 Employment law expert Kevin Poulter has said legislation forcing larger employees to publish gender pay gap information is a ‘step in the right direction’, but could become a ‘noisy distraction from the real issues.’

David Cameron announced this week that he will go ahead with plans to force firms to release data on differences between men’s and women’s pay. Solicitors Journal reported last month that equal pay between the sexes is not forecast until 2021.

The Office for National Statistics reported last year that the gender pay gap was at its lowest since comparisons began in 1997. In 2014 there was a slight drop from 10 per cent to 9.4, a figure which is still lower than the EU average.

Poulter comments that many unions had hoped to see the introduction of equal pay audits, which would require employers to go further and assess issues around similar work or work of equal value.

He comments, however, that ‘only by drilling down on the circumstances which determine pay differentials can a fair assessment be made, and any pay gaps between men and women be examined, justified, or closed.’

The Solicitors Journal editor at large added: ‘If there is an unjustifiable gap, the proposals make no suggestion as to what can or will be done to remedy it. No financial penalties will follow, no obligation to rectify any difference will be asserted. Instead, change is expected to be forced by peer pressure, stakeholder interest, and enterprise embarrassment. Sadly, I don’t see that as being a real driver and it certainly hasn’t proven to be one where diversity at its broadest is concerned.

‘If the government takes seriously the unjustified discrimination which persists across the labour market, not just in larger organisations, it must go all out, not rely on a reluctant half-way house that fails to address the issue head on or penalise those who disregard it.’