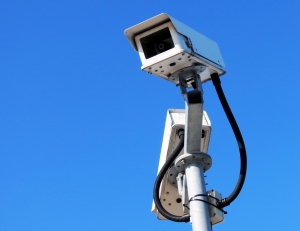 The Guardian recently reported that 116 civil servants in the Department for Work and Pensions have been disciplined since 2009 for their use of social media at work, of which 11 have been dismissed.

The DWP has stated that access to social media is “completely restricted” for the majority of employees with the only exceptions being those staff that have a “genuine requirement for access”, such as the press office and those running the department’s social media presence. Presumably, HR will also have access to ‘catch out’ employees in breach of these draconian policies.

It is not unusual to have a social media policy and many businesses take a prescriptive approach. However, this is the first time that I have heard that such a policy being so stringently enforced in one organisation.

The social media police can be as harmful to an organisation as the risk the boom in social media has created. A restricted, controlled and oppressed workforce will not be as productive, supportive or creative as one which is left to self-regulate, albeit within necessary, well defined and reasoned parameters.

In a world where we are almost biologically attached to our smartphones and tablets, with immediate 24/7 access to a variety of social media platforms and where communication has become the route to knowledge, the only real way to prevent a breach of any policy is to restrict access to the means. It is rarely practical (or sensible) to collect outlawed devices at the start of the day and hand them back at the end. The risks that social media present can be reduced in other ways.

What seems to have happened in the DWP is an old fashioned solution. Make an example of a few as a warning to the many. Of course, if there is a serious breach of any policy, contract or guideline, including the inherent and fundamental trust and confidence an employer has in its employees, action should be taken. But it is not necessary, and rarely wise, to take a sledgehammer to crack this particular social media nut.