In the News / Social Media 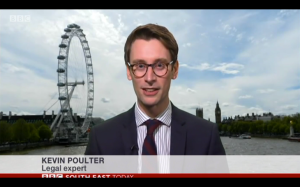 A children’s charity fundraising night at the local dog racing track has been cancelled following an online campaign by an animal welfare group. Once again, social media has taken centre stage.

The Brighton based Rockinghorse charity, which raises money for seriously ill children, has been cancelled the event after a social media campaign by the GreyT Exploitations group took an aggressive and offensive twist.

Rockinghorse chief executive Ryan Heal said: “When we received messages, including that the activists should go to the baby unit and bet on which baby ‘would and would not make it’ (by way of a comparison to greyhound race betting), we knew we were dealing with dangerous individuals and felt enough was enough. As we don’t know how far their abuse will go, we feel it best to cancel the event.”

Campaigns by activists are nothing new, but social media allows people to engage in activity from their home and from behind a computer screen. This sense of remoteness from potentially hostile, aggressive and offensive messages being sent or posted on social media sites. Although some people will use anonymous or fictitious accounts, many do so from their personal accounts, making them easily identifiable.

What causes offence to one…

Under the Malicious Communications Act and the later Communications Act, the sending or posting of comments which are offensive, threatening or likely to cause harm, anxiety or distress may be considered criminal and worthy of prosecution. The CPS has issued guidance on which claims should be pursued, which could lead to a fine of up to £5,000 and up to 6 months imprisonment.

Prosecutions, however, are few and far between when compared against the number of potential actions being raised with police forces across the country every day. Even fewer have resulted in prison time, such was the case of Isabella Sorley and John Nimmo who were jailed for 12 and 8 weeks respectively following threats made on Twitter to feminist campaigner Caroline Criado-Perez.

In the present case, the fact that the most offensive posts have now been taken down from Facebook and Twitter and GreyT Exploitations has apologised for offence caused and clarified, “At no time have we ever threatened or used violence or abuse.”

Despite GreyT Exploitations urging its supporters to “email the chief executive and politely ask him to have a heart for the greyhounds and cancel the event” and to send Rockinghorse staff claims of cruel treatment of greyhounds, no real threat of harm was posed by the messages.  The Protection From Harassment Act 1997 can provide an opportunity to prevent a course of harassing behaviour from continuing, where there is a course of conduct which causes distress to an individual.  However, this can be costly and limited to those situations where the abuser can be identified.

Current legislation only takes into account the effect of communications on an individual, making it difficult for organisations to protect themselves against attacks and coordinated campaigns.  The difficulties of reputation management in such circumstances are highlighted by the case of Rockinghorse. It should always be a priority for an organisation to protect its employees, of course.

I joined the BBC’s South East Today programme on 2 June 2015 and the BBC Radio Sussex (from 2:18:40) breakfast show the following morning to discuss the matter and the implications of social media abuse.