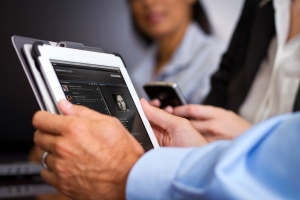 Although the EAT has not yet provided guidance on dealing with social media-related conduct issues, there are some elements of a recent decision that employers can learn from, writes Kevin Poulter

An employee dismissed for posting ‘banter’ on Facebook several years before initially succeeded in his claim for unfair dismissal, but that decision has now been overturned. As social media becomes more a part of our everyday lives, what lessons can employers learn from the mistakes of others?

In The British Waterways Board v Smith [2015] UKEAT/0004/15, the Employment Appeal Tribunal (EAT) considered how first-tier tribunals should approach social media misconduct cases, but has left us short of any clear guidance.

David Smith was employed as a waterways operative by Scottish Canals and had been in employment since April 2005. He was dismissed on 4 June 2013, after a number of comments he posted on Facebook (as far back as 2011) were investigated by his employer as part of a largely unrelated grievance mediation process. When Smith arrived at the mediation meeting, he was suspended and later summarily dismissed for gross misconduct.

The reasons given for his dismissal were that his Facebook posts included references to drinking alcohol while on emergency standby duty – something that was expressly forbidden – and other offensive and derogatory comments about managers and his employer more generally, in a public forum. The comments included some references to the location of his work and he engaged with colleagues in responding to some comments.

Smith appealed the decision but was unsuccessful. In the first-tier employment tribunal, Smith’s dismissal was found to have fallen outside the band of reasonable responses open to the employer, and was, therefore, unfair. The tribunal found that Smith’s manager and HR department had been aware of the comments since 2012 but had taken no action and continued to employ him ‘apparently without incident’.

The employer had further failed to take into account Smith’s employment record, or that there had been no impact on the employer (or his colleagues) as there were no incidents on the evening he had claimed to be drinking. It was also claimed that no action had been taken against other employees who had engaged in similar breaches of the rules, which Smith suggested were a running joke between workers.

The EAT decided the first-tier tribunal had made an error in law by substituting its own view for that of the employer. The EAT therefore found that the appeal was upheld and that Smith had been dismissed fairly following an investigation.

What can employers do?

Smith said he believed Facebook to be a private forum, and when making comments had never made any direct reference to his employer. He also claimed that his posts were simply ‘banter’ and that he hadn’t been drinking when he was on standby, despite saying he had.

Although the EAT did not go so far as to provide guidance on dealing with social media-related conduct issues, there are some elements of the decision that employers and advisers can learn from.

The only way an employer can be certain of what an employee knows is by telling them (and recording the fact that they have been told). Having a social media policy is only worthwhile if employees are aware of its existence and the importance of it. In the present case, the EAT applied basic principles of employment law in making its decision. However, by having  an up-to-date policy and reminding employees of their obligations, responsibilities to their employer and colleagues, and the public nature of social media will go some way  in avoiding unsolicited disparaging comments and the potential for reputational damage. Including the possibility that social media misconduct could amount to gross misconduct and result in dismissal is an important addition.

Where social media is concerned, and with relatively few reported cases to work from, every decision must be made in connection with the unique circumstances of each case.  This has been previously confirmed in another social media-related case, Game Retail Limited v Laws [2014] UKEAT/0188/14.

The fact that the comments were posted some time ago  was not considered to be fundamental to the success or failure of the claim. As in Williams v Leeds United Football Club [2015] EWHC 376 (QB), where some five years had elapsed before dismissal, the employer does not necessarily lose the opportunity to take action at a later date.

Ultimately, this case is a useful reminder to employers of the importance of maintaining an effective social media policy and to employees of the importance of exercising caution when posting online. As the line between public and private life becomes ever more blurred in our online dealings, employers would be wise to regularly remind employees of their ongoing obligations.