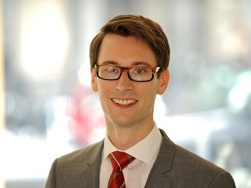 If you follow me on Twitter, you can’t have escaped the news that in April I was appointed as the Editor at Large of the Solicitors Journal. What this means is that I am even busier and writing more than ever. Below is my first editorial Foreword. Follow the blog to keep up with what is happening.

Well, here I am, at the front of the magazine. Sound the trumpets from every corner of the Solicitors Journal empire! Raise the flags at the Old Bailey! Release doves from every court and tribunal in the land!

Having been tucked away in the leafy shadows of the back page each month for the past four years, this might seem more of a shock promotion than that of a non-lawyer to lord chancellor (or former banker Sajid Javid from the back benches to culture secretary).

Of course, I accepted the role graciously, as it seemed it may be the only way to have my featured photo updated. So here I am.

Unlike many other magazines and journals, I very quickly learned that there is no Photoshopping at SJ. What you see is what you get, and what you get is a new editor at large.

Having taken an obvious interest in the #SJguesswho campaign on Twitter, I know that some of you will be disappointed to find that I am neither a woman nor one of the many celebrated journalists whose names popped up from time to time alongside my own.

Nor am I Chris Grayling (sorry, Russell Conway at Oliver Fisher). I am aware, however, that my new title makes me sound like I am already out of control, on the loose and causing terror on the streets of England and Wales. (Perhaps Chris Grayling would have been a good choice after all?)

For those unfamiliar with my occasional rantings and musings from the ‘last word’ column, my Twitter feed or online blogs, who I am and what I am about will become clear over the coming weeks.

The world has changed beyond recognition in the 158 years since SJ launched as the independent voice of the profession. In that time, the legal landscape has seen a seismic shift, some of its most significant changes having taken place in the past five years.

No matter what is still to come, it is essential that everyone, whether solicitor, barrister, chartered legal executive, judge, paralegal, legal apprentice or student, works together and stands united in the interests of the law, the profession, access to legal advice and justice.

This might seem improbable at best, given the recent announcement that the criminal bar has independently negotiated with the Ministry of Justice over legal aid cuts and thereby effected a ‘conscious uncoupling’ from its previous position alongside criminal solicitors and the Law Society. I suspect that a year’s delay is only a sticking-plaster measure, and there will be a future need that once again reunites the whole legal profession.

Communication is key and I invite you all to contact me or any of the editorial team to share your experiences, concerns, ideas and thoughts, especially those affecting you, your practice and the legal profession generally. Follow us on Twitter @SJ_Weekly or by emailing editorial@solicitorsjournal.co.uk.

Finally, I would like to take this opportunity to extend my best wishes to Jean-Yves Gilg, who has set the editorial bar high over the past eight years, and to outgoing news editor Nick Hilborne who has reported the top stories of the past six years.

This article was first published in the Solicitors Journal on 11 April 2014 and is reproduced with kind permission.